Advertisement
Cambyses II (d. 522 BCE) son of Cyrus the Great (r. 559-530 BCE) was King of Kings of Persia. Cambyses's grandfather was Cambyses I king of Anshan. Following Cyrus the Great's conquest of the Near East and Central Asia Cambyses II further expanded the empire into Egypt during the Late Period by defeating the Egyptian pharaoh Psamtik III during the battle of Pelusium in 525 BCE. 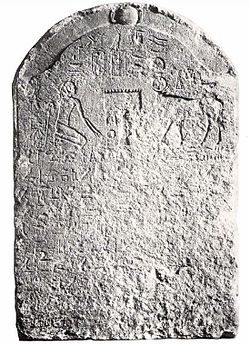 This is how Cambyses II looks like. The photo hopefully gives you an impression of Cambyses II's look, life and work.

Is Cambyses II still alive? Are there any death rumors?

Yes, as far as we know, Cambyses II is still alive. We don't have any current information about Cambyses II's health. However, being younger than 50, we hope that everything is ok.